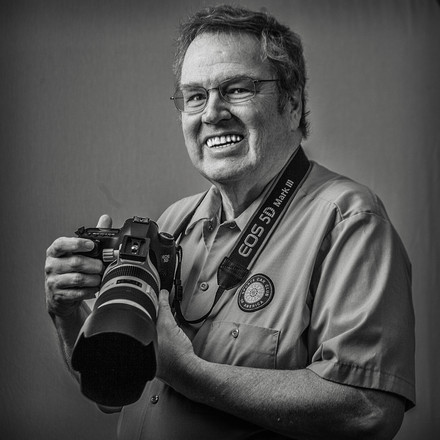 John P. Kernodle has been an avid photographer since shortly after getting married when his wife suggested that they should get a “nice 35mm camera.”  So, along with a wife and a law license, John acquired a Canon AE1 in 1979.  Since retiring from the Tennessee Valley Authority Office of the General Counsel in 2013, John has operated Kernodle.Photography as a "hobby business" focusing mostly on motorsports photography.

John is the series photographer for the  International GT racing series (IGT) that includes The Mission Foods GT3 Cup Trophy, The Stuttgart Cup, and The Maranello Cup championships for contemporary Porsche and Ferrari GT race cars.  IGT races take place at legendary road courses all over the eastern United States. The series usually shares race weekends with the SportsCar Vintage Racing Association, and sometimes the professional TransAm series, giving John the opportunity to photograph a variety of vintage, historic, and modern racing cars.

John constantly strives to improve his photography through image salons and other photo competitions. He has won won awards in PPA, TNPPA, PPETN, Southern Appalachian Nature Photographers (SANP), and Wilderness Wildlife Week competitions   In 2020 he received a Tennessee Certified Degree from TNPPA and has been a TNPPA Tennessee Top Ten Photographer for three years in a row (2018, 2019, and 2020)